As it’s nearing the end of the year, everyone’s stocking up on 2019 calendars. Pretty normal, right? But in Japan, in a weird twist of cross-cultural oddity, calendars featuring Vladimir Putin are reportedly flying off the shelves (The Telegraph).

Of course, this is no ordinary calendar: in true pin-up style, these official 2019 Putin calendars depict the Russian President cuddling puppies, cycling nonchalantly in his shades, and lowering his near-naked torso into icy waters.

And why this sudden craze? According to The Guardian, many people are drawn to Putin’s “unconventional style and unashamed machismo.” The South China Morning Post reports that young women are driving the demand for the calendar, and their interest may be due to the fact that Putin appears “more manly than the average Japanese politician.” The paper also notes that most Japanese are “likely unaware of the Russian leader’s involvement in matters such as the ongoing conflict in Syria, violence in Ukraine or the recent attempted assassination of a former Russian spy in the United Kingdom, thanks to the domestic media’s overriding predilection for stories much closer to home.”

Though to be fair, it appears that Russians themselves have a home-grown fetish for Vladimir Putin merch (Highsnobiety), despite (or perhaps because?) of their leader’s political activities.

We at BackTraders wanted to get in on the Putin fun, so we created a new category of merchandise, Supremely Exalted Leaders, with a Putin tee as the inaugural item. (The communist red is striking, don’t you think?) 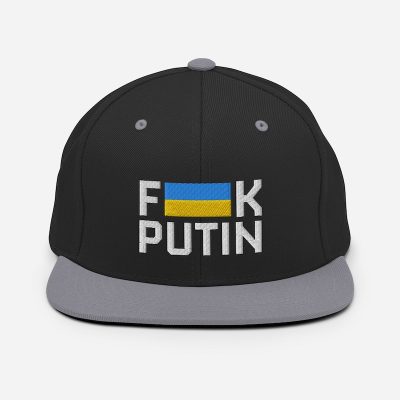 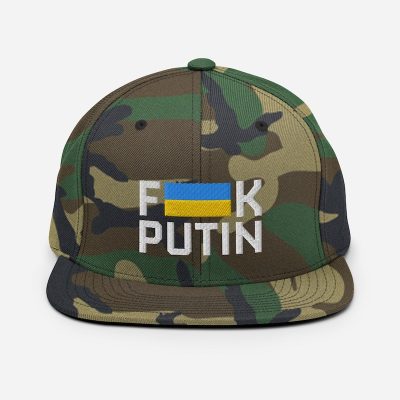 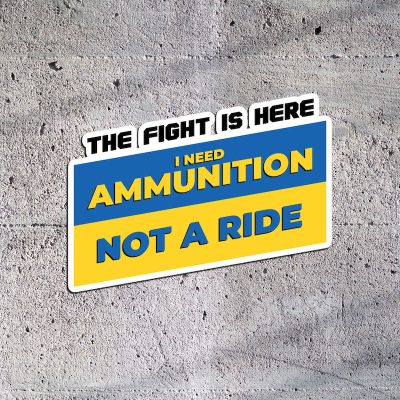 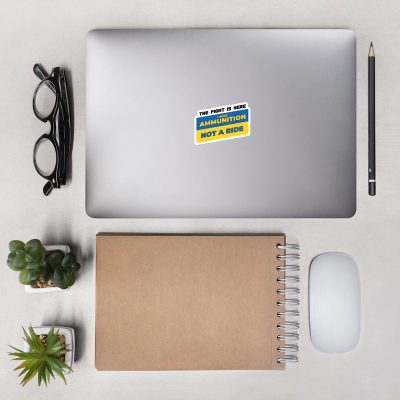 I Need Ammunition Not A Ride Sticker

This sticker quotes President Zelensky when he was offered an evacuation from Kyiv by the Americans: “The war is here; I Need Ammunition, Not A Ride.” Sizes are approximate and represent the width of the blank square before the design is cut from it. About this I Need Ammunition Not … Read More 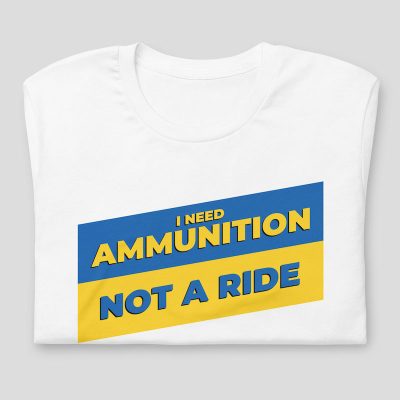 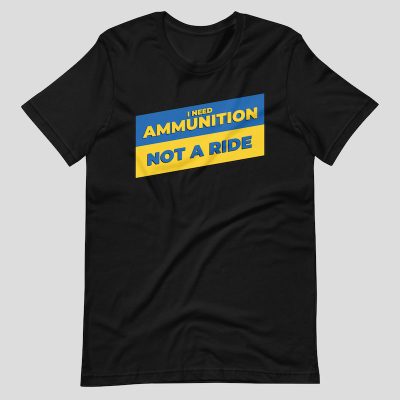 I Need Ammunition Not A Ride Shirt

This shirt quotes President Zelensky’s answer when offered an evacuation from Kyiv by the Americans: “I Need Ammunition, Not A Ride.” About this I Need Ammunition Not A Ride Shirt: Made to order on a Gildan 64000 unisex softstyle tee 100% ring-spun cotton Fabric weight: 4.5 oz/yd² (153 g/m²) Pre-shrunk … Read More 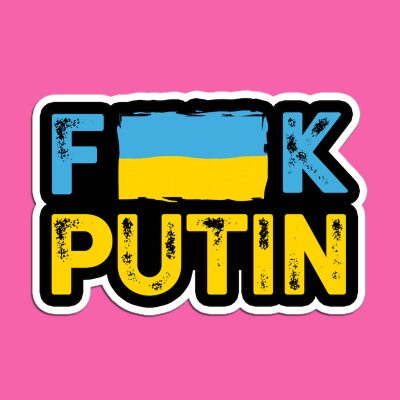 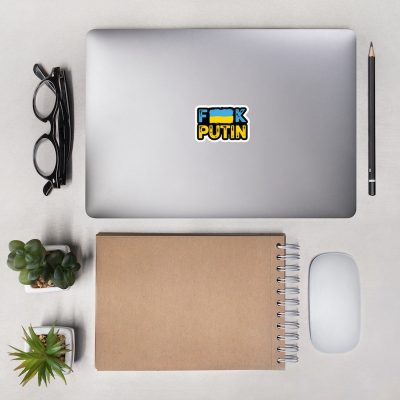 This Fuck Putin sticker features the Ukrainian flag in all its blue and yellow glory. Sizes are approximate and represent the width of the blank square before the design is cut from it. About this Fuck Putin Sticker: • High opacity film that’s impossible to see through • Fast and … Read More 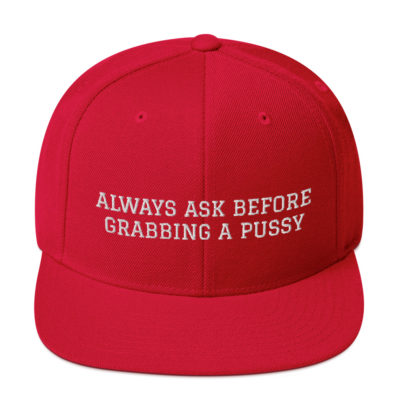 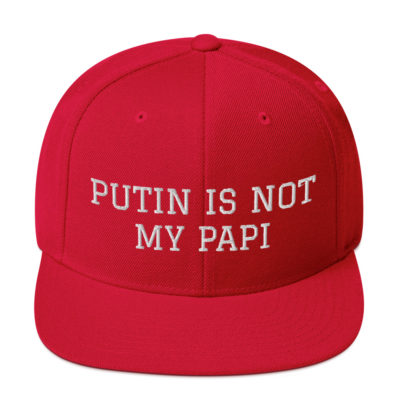 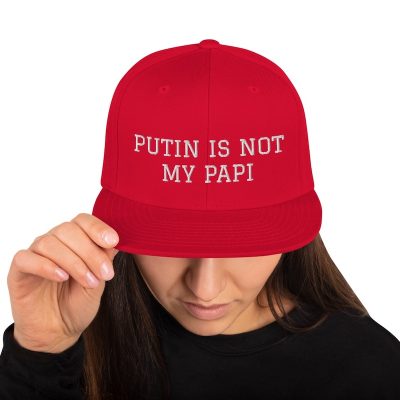 Putin is Not My Papi Hat 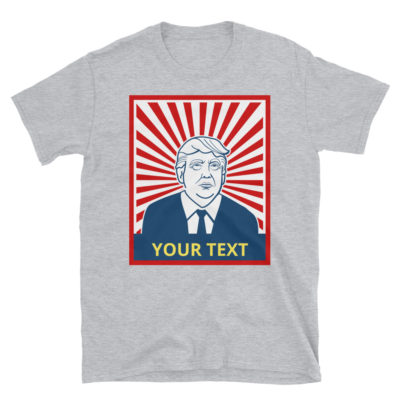 This custom text Trump t-shirt features a cartoon profile of Trump with space for custom text at the bottom. First choose your shirt color and size, then press the PERSONALIZE button to add your text. Email us if you have problems or questions! As this item is made to order, … Read More 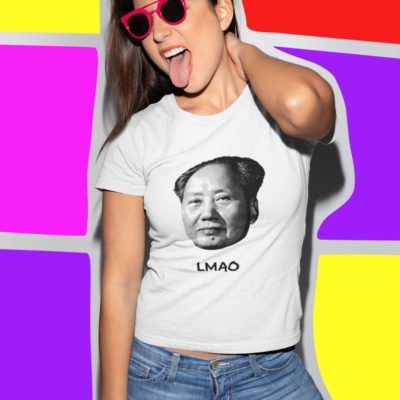 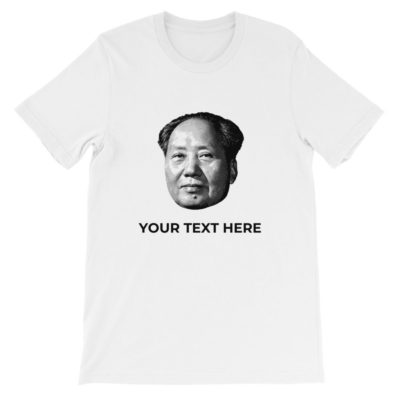 This Chairman Mao Shirt features an image of the controversial world leader on a 100% cotton tee. Customize it with your own text! NOTE THAT THE PERSONALIZATION BUTTON WON’T WORK UNTIL YOU FIRST CHOOSE YOUR SHIRT COLOR AND SIZE. The shirt’s image is based on a public-domain photo of Chairman … Read More 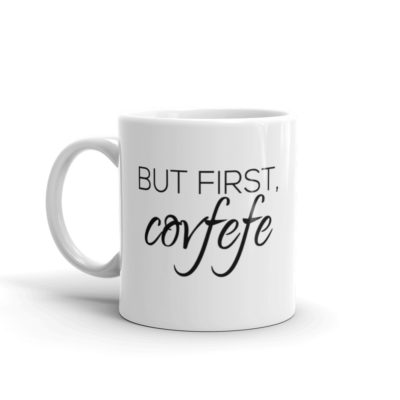 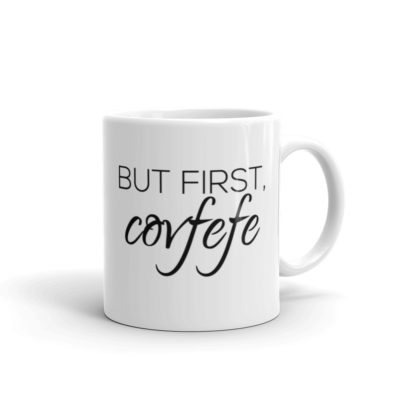 But First, Covfefe! Because America runs on covfefe… whatever that means. There’s only one person who knows for sure. About this Covfefe mug: • Image is printed on both sides • Dishwasher and microwave safe NOTE: This item is printed to order. We normally take 2-7 business days to make … Read More 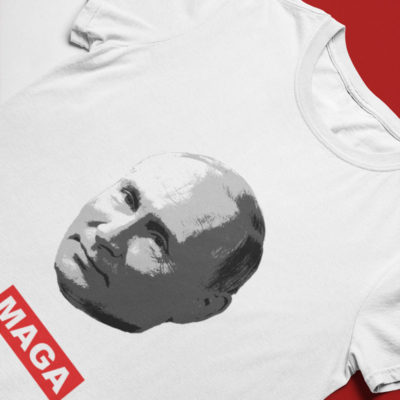 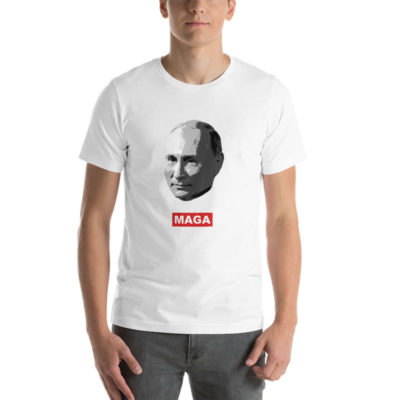 The image on our Putin shirt is based on a photo from the website of the President of the Russian Federation, taken in March 2018. Because we wanted show a current depiction of the supreme leader, in contrast to the plentitude of (in our opinion ugly) Putin t-shirts on Google images.